What is a silicon wafer? What is it used for?

It is possible that most people have come across and even used a silicon wafer in their day to day lives. It may not have been deliberate; however, for people who have utilized devices such as computers and smartphone, they have certainly used this equipment.

What Is A Silicon Wafer? 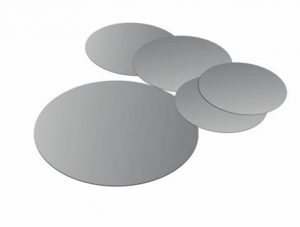 Silicon wafer is a material used for producing semiconductors, which can be found in all types of electronic devices that improve the lives of people. Silicon comes second as the most common element in the universe; it is mostly used as a semiconductor in the technology and electronic sector.

Most people have had the chance to encounter a real silicon wafer in their life. This super-flat disk is refined to a mirror-like surface. Besides, it is also made of subtle surface irregularities which make it the flattest object worldwide.

It is also extremely clean, free of impurities and micro-particles, qualities that are essential in making it the perfect substrate material of the modern semiconductors.

All through the growth process dopants can be included to modify the purity of the silicon wafer depending on its manufacturing purpose. The impurities can alter silicon electronic properties which are essential depending on the purpose of its production.

Some of the silicon dopants that can be added throughout the growth process include aluminum, boron, nitrogen, indium and gallium. A semiconductor can be regarded as either degenerate or extrinsic depending on the level the silicon wafer was, when the dopants were added.

During the fabrication process, degenerate semiconductors are mainly used as conductors due to the extreme levels of doping while extrinsic are lightly to fairly doped.

What Is The Silicon Wafer Used For?

Even though other conductors are employed in more particular applications, silicon is the best and the most used semiconductor due to its extreme mobility both at high temperatures and at room temperature.

What makes Silicon an outstanding option in electronic devices is because its electrical currents can pass via the silicon conductors much quicker compared to other conductors.

Semiconductors such as the silicon wafer can be used in the production of both chips and microchips in electronic gadgets.

Due to the uniqueness of the electrical currents via silicon wafers, these semiconductors are used in creating ICs (integrated circuits). The ICs act as commands for specific actions in various electronic devices.

Silicon is the key platform for semiconductor gadgets. A wafer is just but a thin slice of the semiconductor material that acts as a substratum for microelectronic devices fitted in and above the wafer.

Even if it can be simple to relate silicon wafers with very particular technological devices that individuals only dream of, silicon wafers are way much closer than anyone may think!

Silicon wafers are used in computers, smartphones, and mobile devices and even in the tire pressure sensor system.

Manufacturing of the silicon wafer is an incredibly vital part of the establishment and expansion of a broad range of technological advancements.